Apple Watch Series 7 release date and price
So we know that new Apple Watch launches are usually pegged for the Fall. We'll hear about new watchOS updates earlier in the year at WWDC and they'll end up in new Watches by the end of the year.

As for pricing, we don't think Apple is going to budge from the baseline £379.99 it offers the Series 6 with a price jump for adding LTE or going for special edition models. That would also likely mean any new Watch SE model would stick around at the £269 too.

It's unlikely the Series 3, which is the cheapest option available through Apple at £199, will stick around so it's possible something comes in at that price point.

The last major design changes made to the Apple Watch came with the Series 4, when it switched to 40mm and 44mm case sizes. The shape also subtly changed to be less boxy.

For Series 6, we got new colors and finishes. We'd anticipate that Apple will stick to offering more than one case option and according to one regular Apple analyst that seems to have an idea of what's in the works, there could be changes afoot for the next Apple Watch.

The single day Apple Watch battery life has always been a bugbear, but with the introduction of native sleep tracking it's now becoming problematic. Finding time to charge the device now requires thought – and that's not cool.

Longer battery life will surely be a focus for the Series 7, but achieving that will be difficult.

The Series 6 introduced fast charging, so we could see an expansion of that.

Apple's smartwatch is pretty much integral to how Apple's new Fitness+ service operates, letting you track your heart rate and powering that Burn Bar.

This holy grail for wearables seems like a bold one, but there have been reports that have surfaced this year suggesting an Apple Watch that can track blood glucose could be on the way. According to Chinese news site ETNews, Apple is testing “reliability and stability” of the functionality before a launch.

Now there hasn't been any huge rumors about adding this kind of functionality to Apple's Watches, but there's been some interesting patents filed by Apple in relation to it. There's been a bit of a growing trend that wearable makers are seeking to offer the ability to measure blood pressure from the wrist.

Apple isn't usually one to rush out a feature because others are doing it and it's unlikely that it would do that with a serious health monitoring feature too. Though Samsung has been able to offer blood pressure monitoring from its most recent Galaxy Watches. 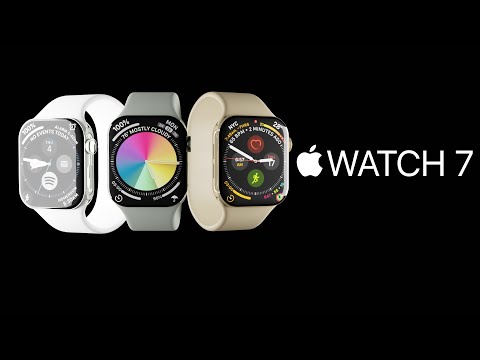