Discord is a communication platform that has boomed over the last year, due to everyone being stuck inside. On the platform, you can chat privately with people via text, call them in audio-only mode as well as with video chat and screen share abilities. Not only can you talk privately to people, but the whole concept of Discord is around the idea of individual Discord Servers where you can engage in conversation with a whole dedicated community around certain aspects, anything from video games like Among Us and Fortnite to hobbies like Music and Sport as well as huge content creator communities like those hosted by MrBeast, TommyInnit, and Ranboo. However, with such a massive collection of users and servers to please, Discord is constantly trying to make brand new features to push the boat out and reach more aspects of the internet with new functionalities. One of their new experiments and development projects which is currently ongoing is about video calls on Discord, which will potentially have the ability to provide custom virtual backgrounds (anything from Blur, to your own personal images). This is a very cool feature, which is kinda a secret Discord Feature at the moment, as it isn’t rolled out to anybody besides those testing the feature itself. Although, with a lot of talk about it on Reddit and other platforms like Twitter, people are suggesting that Discord is copying Zoom which is a massive player in the communications market due to the unforeseen circumstances of 2020.

Zoom is an application that is often used by universities, companies, and other places of education to hold meetings in video conference settings - where an admin would have the ability to alter and change certain settings. One of the features of Zoom is the ability to set your own custom background with or without using a green screen. As Discord is a competitor of Zoom, they are constantly fighting to attract more market users and generate more money as a company to be spent on research and investment as well as funding employees and generating revenue. This is a similar situation with other companies like Clubhouse which host voice live podcast style calls which people can listen into - which was also an aspect Discord was fighting against. Hence, Discord, like other companies has tried to replicate or take inspiration from certain features and integrate them into their applications to attract more of the general public, gamers, etc. This is most likely another example of that. With Discord Calls being prominent in both Discord Servers and private messages, it makes sense for Discord to improve the quality of this aspect of their application and product.

Breaking down the feature specifically, currently, there are only three options that people could use (even though there is little to no functionality of these options as of Early August 2021). These are; no background, blur background, and custom backgrounds that are uploaded by the user - which would have to own a Discord Nitro subscription. For those who do not know what Discord Nitro is, it is a paid subscription in which users can get a variety of perks such as Animated Avatars, Exclusive Discord Badges, Profile Customisation Extras, and the ability to use Emotes / Emojis across Discord (as well as the ability to Boost Discord Servers to get the extra perks). This new aspect would help drive Discord Nitro to be more attractive to new users, which seems to be Discord’s intentions over the past three months - as well as after promotional campaigns such as the Epic Games Free Discord Nitro campaign and New Discord Nitro 3 Months Free Trials - which would make sense to make the application more profitable in the long run and generate more profit, revenue, income and become more sustainable as a platform.

In this video, all of the above is discussed whilst my friend is on the biggest and most popular Minecraft Server, Hypixel. He is playing Bed Wars, which is a popular PvP game mode played by content creators on Twitch Live Streams and YouTube videos. He is on version 1.8.9 and is using the Minecraft Mod Optifine. I would also like to apologise for the delayed upload of today, I have been working on other projects including more Discord Meme Videos related to Discord Moderators / Discord Mods alongside a whole host of other Discord Projects which I hope eventually become trending. 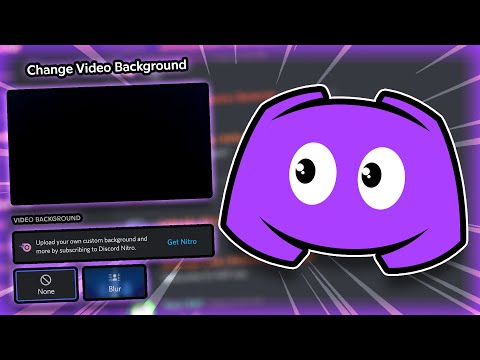 Discord is a communication platform that has boomed over the last year, due to everyone being stuck inside. On the platform, you can chat privately wi...