Apple September 15 Event Confirmed - NO iPhone 12!
Apple has finally announced the date and time for their fall keynote which is to take place as a virtual event on September 15th at 1:00 PM EST, but now there are brand new rumors and leaks circulating that Apple will not show off the long-anticipated iPhone 12 and iPhone 12 Pro at this event, and instead will dedicate this event to the new Apple Watch Series 6, a new cheaper Apple Watch replacement for the Series 3, and a brand new 10.8 inch iPad Air.


The iPhone 12 range is coming nearly on time - in prior years, it's launched in early September, but there are numerous reports of delays, and even Apple has said the phones will hit stores later than normal (though that doesn't necessarily mean they'll be announced later).
And it's a wait that should be worthwhile, as we're expecting some big upgrades, including the first 5G iPhone. With 5G networks rolling out across the world this will make the new phones far more future-proof than the iPhone 11 range.
Leaks and rumors also suggest that the iPhone 12 Pro models will get a LiDAR scanner, just like the iPad Pro 2020, and we've also heard talk of new screen sizes (starting out at a tiny 5.4 inches and topping out at a big 6.7 inches).

There's sure to be a big upgrade in power too, and lots of other changes and improvements have also been rumored.
When will the iPhone 12 come out?
That said, one source has since said that this event is exclusively for the Apple Watch 6 and iPad Air 4. That may mean we have to wait until October to see the new phones. 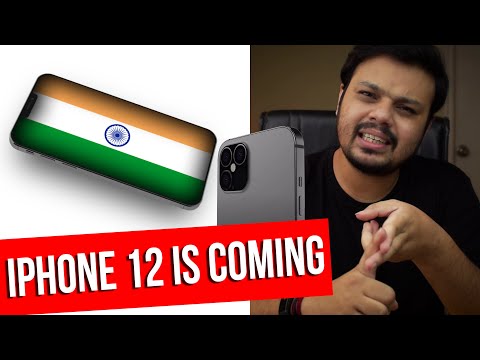